From The Editors Desk

Thank you for subscribing to our newsletter and thank you to those who contribute articles and ideas so that we may keep our journals informative.

The reasons that many people say “I can’t understand money”, or anything else for that matter, are two. The primary one is a lack of confidence, and the other is that without confidence they will not apply themselves to fashioning tools for their mental toolbox which alone offers understanding.

This is 3 x A4 pages of easily understood ideas which will add to your tools for understanding economics.

Arthur Orage was one of England’s leading intellectuals and edited the very influential New Age journal. He was what

was then described as a “Guild Socialist” until he met Douglas. Upon reading Douglas’s Economic Democracy he quickly understood it, and became a leading advocate for Social Credit.

Dr Vernon Coleman acquaints us with the British Government’s own statistics on Covid-19. Prepare to be shocked at the contrived exaggeration of its threat.

This six pages of A4 is as much comedy as economics. The folly of orthodox economics is indeed tragic, though it is also extremely ridiculous which renders it outrageously comical, and brimming full of belly laughs. Be sure to sit down before reading it. 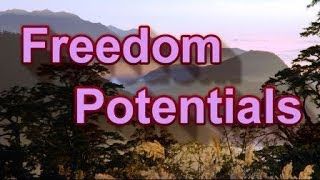 Freedom PotentialsThis Segment No 5, entitled “The Australian Situation” is a sobering look at the state of our Nation. Yes it is a bit dated, but if you multiply everything by two, you won’t be too far from the truth.It was written by Jeremy Lee and is presented by his son Allen.

The Chinese biological laboratory in Wuhan is owned by Glaxosmithkline,

Now you understand how a dead bat sold in a wet market in China has infected the whole Earth. 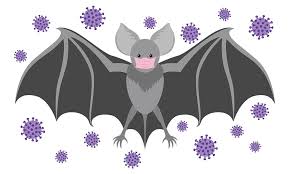 This journal always carries articles about Social Credit along with its message of traditional Catholicism. It is beautifully presented and always presents items of interest. Best to subscribe yourself, but we will send an occasional edition.

Giving the Barber a Haircut

Probably the most interesting account of a visit to a barber shop since Banjo Patterson’s The Man From Iron Bark.

These are easily the most challenging essays on the planet. Pinwill is an original conceptual thinker with a dry sense of humor and turn of phrase. Whether its politics, national economics, history, theology or money his writing all comes from somewhere different. You'll need to buy his essays to discover whether you love or hate them. He has even thrown in the first Profit and Loss Account ever done for the United States, and the first Comprehensive Balance Sheet ever done for Australia, to show us that he is not just a pretty face and a comedian. His "Mongrel Dog" articles are all at the expense of politicians. His pieces on money leave all bankers' ears burning. He proves with very scholarly accounts that modern nations are profitable, and suggests that the profit might be distributed as a National Dividend rather than a National Debt. Yes, he certainly comes from another place and is going to a different one as well. Walk with him for a mile and you will feel the seductive attraction of his destination.
His book is available as an ebook or paper back from Amazon Take Me To His Book