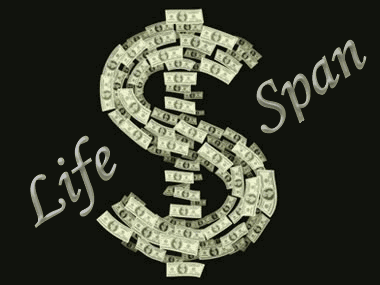 Throughout the 19th Century it was held to be true that there was always sufficient purchasing  power in any market to buy the whole of desired product available. This was formally  proclaimed as Say’s Law, was accepted by David Ricardo, the foremost economist of the age,  and obviously means that recessions and depressions are impossible. Unfortunately for the  theory, they kept happening.

In a barter economy the amount of goods in the market place is both the price of the goods,  and the purchasing power  vailable to buy those same goods. Say’s Law that “Supply creates  its own demand” is exactly so when all is bartered. Unfortunately again for the theory, ours is  a money economy.

What kept Say’s Law in vogue in the 19th Century was that people thought that they had a  commodity money system in operation. You could take your dollar bill to a Bank and  demand gold and get it, so it must be a commodity money, surely? It wasn’t really. Until 10%  of depositors had asked for gold you could get it, but after that there wasn’t any left to be had.

The money system had ceased to be gold except to a small extent, and had become to over  90% of the total money in existence “claims for gold” printed upon paper. This was  inevitable as no one commodity, not even oil which has a greater value to the economy than  gold, can be sufficient to represent the value of all commodities and other assets which must  be traded.

In 1931, after repeated attempts to make the gold standard work had failed, it was abandoned  forever. Our money supply is now wholly our bank deposits which are a record of our claims  upon each other. These records are blips on computer records only, but if you wish to make  them visible you can ask for notes or coins, and about 3% of our money is made visible in  this way.

So if creating money is now as easy as typing numbers into computers, why are we subject to  recessions and long running ones too? Let’s try a hypothetical? If the costs built into products  have a longer lifespan than do the “claims money” which we use to purchase products, is it  feasible that somewhere down the track that prices will be greater than purchasing power?

For example, if you use your wages this week to reduce your mortgage, your claims upon the  products available have been cancelled and this much money is destroyed, but the cost of  your wages which is built into prices continues.

Let’s suppose that this week you worked at the early stages of the construction of a mine, and that it will be three years before production starts. Let’s look at all the things you may do with each dollar of the wages you received, and how this will affect the community’s ability to buy the mine’s produce when it eventually appears. Firstly you may save the dollar, and this will reduce purchasing power in the market by the same amount for its duration. This is sometimes made much of as the reason why we have shortages of purchasing power from time to time. It is relevant, but a weekly increase (or decrease) equal to 2% of income would be unusual and dramatic. Savings may, in usual times, claim 2 cents of a dollar. But the real action is in the 98 cents.

Supposing that we reinvest the whole of the $1 which we earned, in producing another $1’s  worth of production? The first dollar meant that $1 was added to costs which must go  forward into prices. In reinvesting this one dollar, another dollar  (additional to the original)  has to be collected in prices if you are to be repaid, but only one dollar of income exists with  which to pay its price.

Every time we reinvest income we increase unfunded cost claims in prices, in direct  proportion to actual income reinvested.

Suppose again that we use our dollar to pay off some bank loan. When a positive dollar is  juxtaposed against a negative one, while there is neither a “pop” nor a cloud of smoke, both  the debt and the dollar instantaneously disappear. So the community now has exactly nothing  with which to meet the cost carried forward in prices of $1.

But surely all this is of little consequence, as most wage earners will use their $1 to pay the  butcher, who will pay the baker, who will pay the candlestick maker ad infinitum, so all is  well. Alas, we must disappoint yet again.  Businesses of this nature seldom make a profit above 10% of turnover after all costs are met.

So what actually happens when the butcher gets a dollar? Ninety cents is used to replace the  reserves or to repay the bank debt, which he used to produce his product. After all, he must  offer product again tomorrow. So yes, he does pay the baker, but he has only 10 cents with  which to do so.

The baker has a profit of only 10% on turnover also, so he has his profit on his 10 cent sale to  spend. He goes to the candlestick maker and says “What will you give me for one cent?” The  candlestick maker, thinking he has been visited by a lunatic, throws him out onto the street  and slams the door!

So we arrive at Minton’s Law “The velocity of money approximates a dollar coin in motion  striking a brick wall.”

So when the mine’s product comes onto the market in three years’ time can we afford to buy  it? We may still have the 2 cents we saved 3 years ago, so that’s a start. Anything reinvested  has doubled the costs that need to be paid without increasing our means of paying them.  What we have paid off our bank debts has completely cancelled this money out of existence.  And what we have spent on consumption has long disappeared into funding the previous  cycles of production.

All of the costs from three years back have survived to be included in the product’s price, but  the wages from then to allow its purchase have not. That prices and purchasing power flow at  different rates is the whole basis of Social Credit economics.

This was the diagnosis which C H Douglas formally put to John Maynard Keynes on the 1st  of May, 1930 and which Keynes accepted in his General Theory of Employment, Interest and  Money published five years later.1 Douglas’s suggestion that the resulting shortage of  purchasing power might be provided for with debt free credit, was not favoured by the  financial establishment of the day. Keynes’s approach whereby the purchasing power  shortfall would be met by continually increasing indebtedness to the banks, and which they  could arrange to supply at no cost to themselves, was preferred. Mankind’s indebtedness to  Banks is now counted in trillions (over $150 trillion by one account), 2 and knowing this to  be wholly unnecessary, the lack of interest in correcting it is rather mystifying to Social  Crediters. Still, the problem is progressively becoming more onerous, and is bound one day  to receive some attention amidst the trivia of Facebook, and thereupon the world will be  changed.

1. In evidence submitted to the Parliamentary Enquiry known as the MacMillan  Committee of Finance and Industry, which the Chairman affirmed had been read by  Keynes, and upon which he asked several questions of Douglas. The full transcript is  available from www.socialcredit.com.au in their advanced library for which  registration with an email address is necessary.

2. www.cnbc.com/2016/10/06/global-debt-balloons-to-all-time-high-of-152-trillion-imfwarns.html Posted 6th Oct., 2016 and quoting the International Monetary Fund. This debt  represents aggregate past deficiencies of purchasing power due to the above reasons, which  have had to be created to allow sufficient sales to enable the system to continue. This debt  has doubled in the past 16 years, the other half having accrued during the previous four  hundred years. Being exponential in growth, it will double with increasing frequency until  debt free credit (Social Credit) is applied to negate it.